Tax Increment Financing (TIF) is a key tool used by municipalities to improve areas of the city by facilitating new commercial, industrial, or residential growth. As depicted in our map (PDF), the City has multiple open TIF districts (TIDs) that were created to support various projects, and may be used for facilitating future projects within each existing district. The City has ample capacity to permit the creation of additional TIDs, while remaining under the 12% state limit.The City would consider TIF assistance for projects that align with our community and economic development strategy to generate innovative ideas, cultivate ideas into businesses, and retain and attract smart and skilled people.

There are four operational Business Improvement Districts (BIDs) within the City of Green Bay. The BIDs are managed by Downtown Green Bay Inc. (DGBI), Olde Main Street Inc. (OMSI), On Broadway Inc. (OBI), and Military Avenue, Inc. In addition to providing economic development assistance like business recruitment and retention, the BIDs organize dozens of events throughout the year including the Broadway Farmers Market, Fridays on the Fox and Gallery Night among many others. The BIDs are also involved in maintaining information about available real estate in their respective districts and charting redevelopment progress. 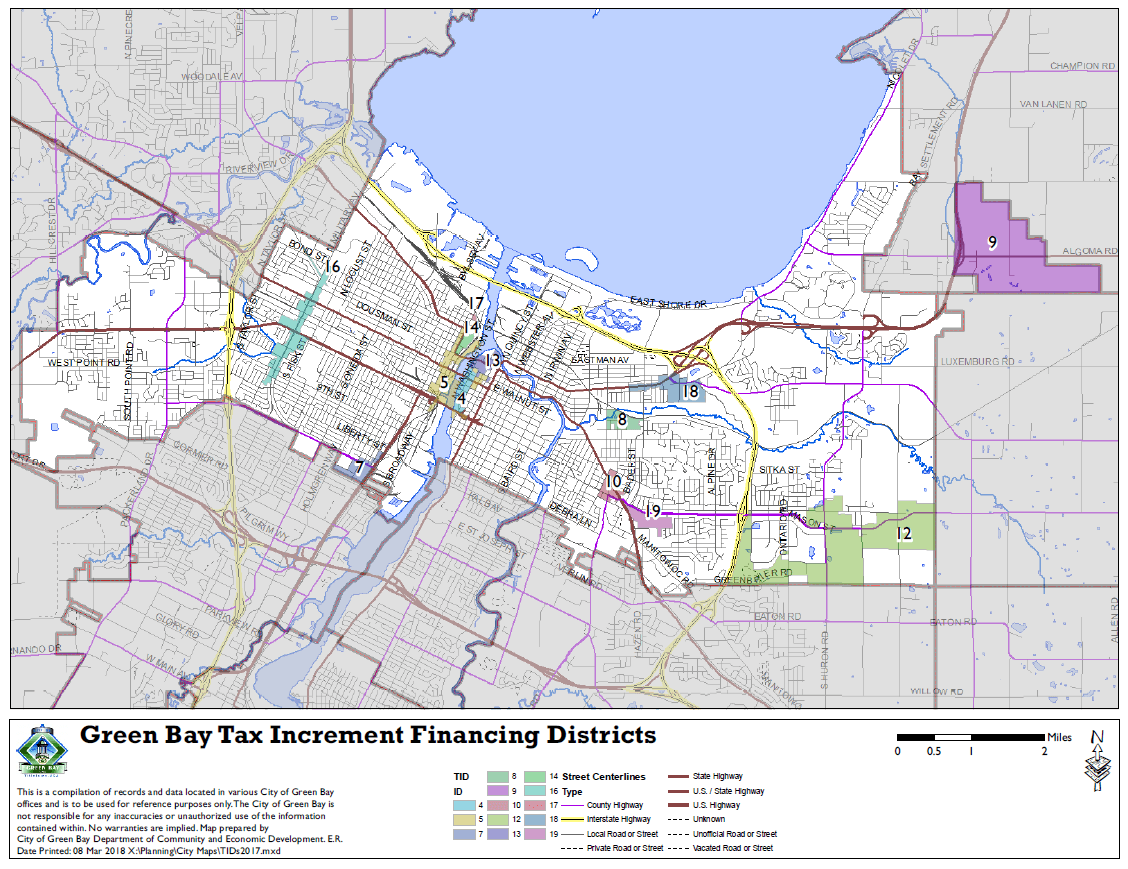