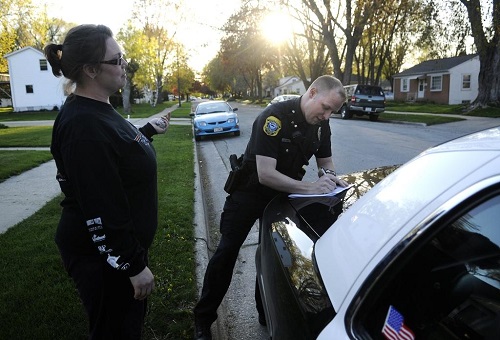 The backbone of the Green Bay Police Department (GBPD) is made up of its patrol officers. While many other specialty areas may receive more attention, it is the men and women on patrol that interact with and serve the community every day.

Although call volumes spike during the warmer weather, the patrol officers handle at least 3,000 calls per month, even in the cold and snow of winter.

Patrol officers are responsible for:

In addition to regular duties, patrol is still able to perform a number of community service functions, such as assisting other city and private contracting groups that require temporary traffic control, funeral escorts, and public relations appearances.

The city is divided into 4 patrol districts, two on each side of the Fox River. At least three officers patrol each district. Each police unit is equipped with Automatic Defibrillator Units (AEDs) and each officer carries Narcan, a reversal drug for someone experiencing a deadly opiate overdose.

By having these shifts and their respective overlaps, coverage is provided on a continuous basis 24 hours per day.

Captain Clint Beguhn (clint.beguhn@greenbaywi.gov) currently oversees each of these shifts, while a total of 3 Lieutenants, and 15 Sergeants assist with the daily operations of each shift.

Within the Operation Division, Lieutenant Mike Sobieck works with three mechanics, ensuring our fleet of 30 marked police cars and many other miscellaneous vehicles, and in safe operating condition for the patrolling needs within the city.

He also coordinates various special events, traffic grants and other community needs as they arise.